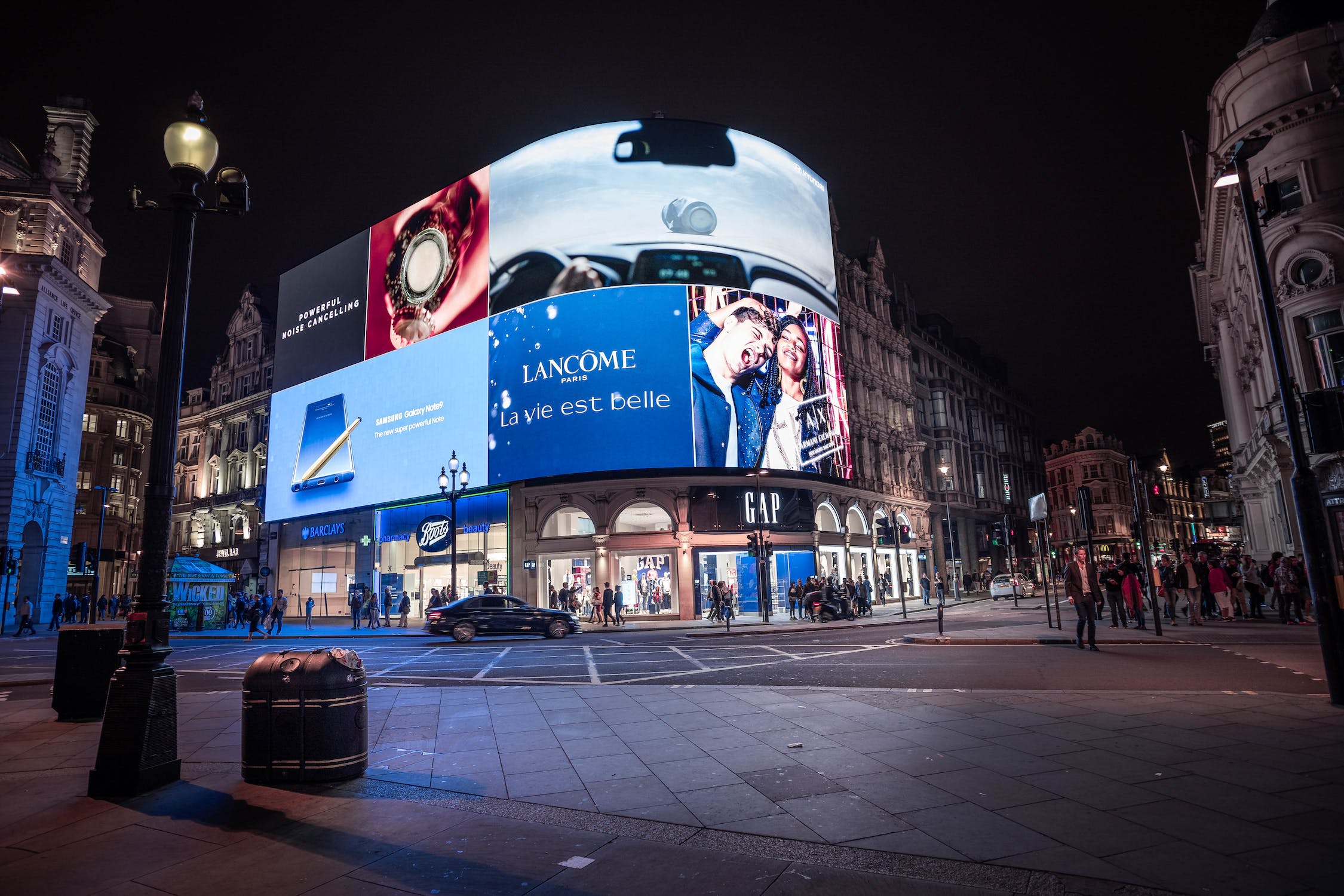 Here’s where copywriting comes in. The creation of promotional content for multiple media channels is known as “copywriting.” The main goal of advertising copywriting is to say a lot more than what is said.

Here are a few copywriting examples from print ads around the world that sparked a copywriting revolution:

It is the best copywriting example among the top examples provided.

Hershey’s ad campaign is considered legendary since the company did not utilize advertising at all during its first 69 years of operation in the chocolate industry. Their first print advertisement appeared in 1970, and they have employed attractive slogans to grab their market ever since. Popular slogans from these legendary advertisements include “More Sustaining Than Meat.”

This print ad deservedly won a prize at the 2003 Cannes Film Festival. The elegance of copywriting is illustrated by the usage of only three words. It is common knowledge that “smoking causes cancer.” However, most people do not try to quit smoking until they have cancer. Cancer causes fear of death, so the sufferer is unable to smoke. The advertisement’s goal was to make every smoker think twice before lighting a cigarette.

The Ecofill print ad is one of the best works of the renowned advertising agency, Ogilvy & Mather. This ad is the best example of copywriting. This ad is for Ecofill printer cartridge refills. Each of the four commercials in the amusing series has one color component that is empty. In this campaign, the goal was to promote refills rather than full cartridges when a certain color ran out.

By chewing gum, they hoped to distinguish between breakfast and lunch. The ad claimed that if you had eggs for breakfast and planned to have chicken for lunch, you should chew gum to separate the meals. It is necessary to maintain proper oral hygiene.

The Economist, an Indian business journal, created this basic yet effective ad. This was their endeavor to promote themselves as the best financial daily in India.

They made great use of the satirical element. According to the advertisement, even at the age of 42, someone who hasn’t read The Economist is still a trainee.

This Porsche advertisement from 1983 was inspired by the results of the 1983 Le Mans endurance event. In a 3,000-mile 24-hour race at Le Mans, Porsche took eight of the top ten slots, demonstrating full supremacy. The sentences below were written with severe sarcasm when lashing out at opponents, arguing that there is still room for development, and that “Nobody’s Perfect.”

The phrase “Simplicity is sophistication” became extremely popular after it was printed for the first time in 1977. Under Steve Jobs, all Apple products had a basic design. Steve Jobs was passionate about design. Zen Buddhism, which was popular in Japan at the time, encouraged people to keep things simple.

This legendary print ad for Johnnie Walker Red from 1963 garnered a lot of buzz because of the two glasses of scotch, one on top of the other. With considerable advertising of other popular scotch brands, Johnnie Walker intended to become the world’s largest selling scotch whiskey brand.

This legendary poster/advertisement is the most iconic advertisement in advertising history. During World War I, this poster was distributed around the country in order to attract soldiers for the United States Army, the world’s strongest army.

This poster was quite effective, and it was used again during World War II, although this time with an image of then-President Franklin Delano Roosevelt instead of Uncle Sam. Uncle Sam is a legendary character who personifies the government in this situation and is the best example of anthropomorphism.

This ad appeared in the February 2002 issue of Cosmopolitan. Cointreau is a French liquor with bitter and sweet orange flavors. This ad was made to show how popular Cointreau is around the world by using a Russian model in a French booze campaign.

You may have heard of this copywriting example. This ad was developed for McGraw-Hill magazine in the late 1950s. It went on to become a legendary business-to-business ad because it addressed the essence of salesmanship. Its goal was to make salesmanship “client customized.” The product or service that the salesman plans to sell is far more significant than any corporate information.

British Airways designed this masterpiece of a billboard, which was displayed in a variety of locations throughout the world. The billboard’s technology can tell when a plane is about to fly over, so it shows the flight number and the city where it left.

Audi employed an effective marketing approach that included rivalry, conflicts, and controversies. Audi has fought multiple billboard wars with competitors such as BMW and Mercedes. In Los Angeles, Audi counter-attacked BMW when the latter was advertising a chess tournament. Mercedes kept out of the fray and did something different, but Audi attacked them as well.